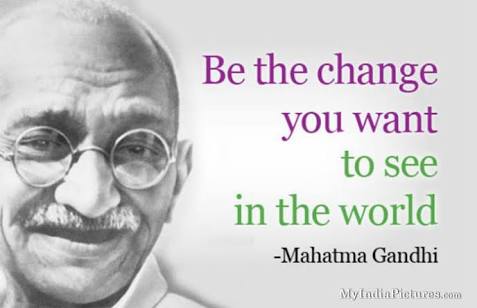 Why India fails miserably to win any medals in Olympic?

In our childhood, we used to read a story-There was a king, who wanted to collect a large chunk of milk, to perform a big yagya ceremony. He ordered all his subjects to contribute their part of milk in a large and deep cemented well, and with due respect to and trust for his subjects, didn't appoint any authority to check or verify the contribution made from the individual citizens . The every individual thought to play them smart, to contribute only a mug of water, in place of milk, when there is nobody to crosscheck it. Thus eventually the well was full of only water, in place of any milk.

Same is the fate of our nation too in most of its the public aspects,whether it's the general cleanliness of the public places, the general traffic order on the roads, or the performance of our nation in any important international sport's event, like Olympic or World Championship, our fate is decided and sealed from the day one, that we are going to prove just a naught in general.

Although I know many of my friends may disagree with me to blame the public in general itself as a cause for our nation's poor performance in the sports event, as the soul blame goes to the government, and it poorly state of affairs . But it's not a question of blaming someone particular for all such failures and the bad state of the things , but it's just a general and bare reality check only. We have to understand that things, either good or bad, either success or a failure, don't happen just by a chance, but by the due plan and design only. Unfortunately any public cause, either it's concerned the management of the general cleanliness of our public places, and upkeeping and protection of our public and the natural assets or  the management of sports, the grooming, training and upbringing of talents in sports to the international level , as a glory and pride for the nation, is concerned, is always fated for a chaos and mismanagement, as they lack the appropriate planning and the design for their management, they are just left hapless to survive by chance and random only, and very often even inflicted upon of some bad and mischievous politics and misuse even .

I was watching a small video clip forwarded on WhatsApp by my a college friend, who lives in UK. It's about the turn around story of the sports in UK 🇬🇧for last two decades. UK, which used to be a sports giant till sixties , gradually declined and became almost a spent force in Sports a two decades back . In 1996 Atlanta Olympic, UK could hardly win 15 medals, including just a single Gold medal. It was a wakeup call for the UK government and the sports administrators, as well as the sports loving public of UK. Then was started a sincere effort, on each and every stakeholder, including the sports loving British people, to put the things in place and order there.

They did a critical SWOT analysis, understood their area of their strength, potential and the talent pool available in the respective fields, and made their the best endeavour to harness it positively and ascertain their success in international arena, as they had been dominating in the past. The UK government and the sports authorities invested significantly in coming years in upgrading and modernizing the sports infrastructure and facilities . Many innovative methods of fund raising were adopted, in which the corporate houses, as well as the public in general contributed encouragely. And the good results of these positive investments started to be noticed in coming few years, in coming Olympic games, the medal tally of UK improved significantly, by 2008 the Beijing Olympic, they it touched the figure of 47 with more than 20 Gold medals, and finally in 2012 the London Olympic, UK as a host nation, could very visibly be seen as a cognitive sports force, with its medal of 67, including more than 30 gold medals. In the ongoing Rio Olympic too, Britain is performing an excellent, it's medal tally already more than 40, with 16 gold medals placed well decent at number two, just next to USA, the topper in the Medal tally.

India needs to adopt only such a very pragmatic and prudent approach if it's really wants any good and positive outcome and success in important international sports events. It requires a thorough SWOT analysis, and the systematic longterm investment all along in its sports area. We have to realize and understand that the success in modern sports is not just an emotional affair, blended with love and pride for your nation only and just a wishful thinking only . The present international level of the sports is highly advanced and competitive,involves more a high tech and advanced skill, stamina and preparation, apart from the natural talent and passion to win for one's national pride. The case example is Hockey, our the national sports, in which the four five decades back India used to be a highly reckoned force. Whereas at present even in this game too, India looks now just a spent and depleted only . Although, and certainly there is no lack of any passion in the players, as well as no dearth of the talents in our nation , but unfortunately this only, the emotional quotient is not well enough and suffices to win in the international sports event like Olympic. It's more the concern of the availability of the world class sports infrastructure, the selection process and the long term and the sustaining world class training to groom the raw talent into the international class talent, not just one of the best, but the best in the game.

Similar to Hockey, India needs to work upon its other traditional sports talent and strength, to name a few - wrestling,weight lifting, archery, shooting etc . In certain other sports as well like Badminton, Lawn Tennis, the boxing also Indian players have performed well occasionally and have shown a great potential, hence it requires to work upon its such strength areas.

Somehow the Athletics has been not pretty strength area of India, specially when it matters for the international level , but no doubt in the past the women athletes have shown the tremendous potential, since the era and ages of PT Usha,  the last three decades back . Unfortunately we could never keep the momentum for the same,and our women athletes too were lost somewhere in the way.By planning , organizing , investing and managing rightly and appropriately, with due strategy, goal and mission, certainly the best outcomes can be achieved in the future ahead.

As we talked earlier, the success is always by the plan and design, not just by a chance. So applies for India and the Indian sports too. India, it's all the stake holders in sports, and nonetheless the Indian people, need to be awakened, and need to work hard and to the smartest most, on our strength to upcome to not just the world standard, but the best in world, only then we can ensure the success and medals in any Olympic. There is no place for just a wishful thinking only.

देवेंद्र
Son of a farmer, born in a village in hinterland of UP, settled in Bangalore, and presently living in Pune, I am Electrical Engineer by education and profession, and have been serving in Railway and Metro Rail domain since last thirty years, almost allover India, East to West, North to South. My passion is participating in and overseeing the creation of any public infrastructure, as passionate for my work and profession, as for my hobbies like writing or reading a new poem.